Threats to cybersecurity and data privacy are constantly increasing both in volume and complexity.  This trend is expected to continue in 2022.  In a bid to protect cybersecurity and ensure data is properly safeguarded, countries around the world are introducing new laws focused on cybersecurity and data protection.  Armed with new legal frameworks, regulators and law enforcement are placing onerous obligations on organisations who fall victim to cybersecurity breaches.  There are shorter deadlines in which to notify the authorities of data breaches and ever increasing fines and penalties for businesses that fail to respond swiftly and appropriately to a cyberattack.

In this ever-changing area what is on the horizon for 2022?…

END_OF_DOCUMENT_TOKEN_TO_BE_REPLACED 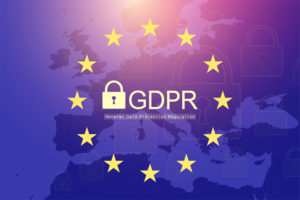 The end of the Brexit transition period on 31 December 2020 means the UK now has full autonomy over its data protection policies. As of 1 January 2021 the UK is recognised as a ‘third country’ under EU General Data Protection Regulation (GDPR) rules. The EU-UK Trade and Cooperation Agreement, which is an agreement in principle between the EU and UK, does not yet include a provision for the vast flow of personal data being transferred between the two jurisdictions. The transfer of personal data will be subject to a separate adequacy decision from the EU due in early 2021. This separate adequacy decision will determine whether the EU will allow the ongoing free flow of data from EU/EEA countries to the UK. If an adequacy decision is not granted, then organizations who transfer personal data from the EU/EEA to the UK will have to take additional steps to ensure data being transferred is provided equivalent protections to those under the EEA. The UK has already determined that it considers all EEA/ EU states to be adequate which means that personal data flows from the UK to the EU/EEA will remain unaffected.
…
END_OF_DOCUMENT_TOKEN_TO_BE_REPLACED

The Privacy Shield was approved by the European Commission on 12 July 2016, and was subject to annual reviews to try and avoid failures that resulted in the downfall of the Safe Harbor Principles, which it replaced. The reviews evaluate all aspects of the functioning of the Privacy Shield framework.
END_OF_DOCUMENT_TOKEN_TO_BE_REPLACED

On the one-year anniversary of the GDPR, Andrus Ansip, Vice-President for the Digital Single Market and Věra Jourová, Commissioner for Justice, Consumers and Gender Equality has released a joint statement on the momentous law: “The main aim of the rules has been to empower people and help them to gain more control over their personal data. This is already happening as people are starting to use their new rights and more than two-third of Europeans have heard of the regulation.”  The entire statement can be found here.

The FTC has extended the deadline to submit comments on proposed changes to the Safeguards Rule by 60 days until August 2nd.  In March, the FTC announced it was seeking comment on proposed changes to the Gramm-Leach-Bliley Act’s Safeguards Rule as well as the Privacy Rule. These regulations require financial institutions to inform customers about its information-sharing practices. More information can be found here.

The FBI’s annual Internet Crime Report, states that IC3 received 351,936 complaints in 2018 which is about 900 every day. The statement released with the report said, “[t]he most frequently reported complaints were for non-payment/non-delivery scams, extortion, and personal data breaches. The most financially costly complaints involved business email compromise, romance or confidence fraud, and investment scams, which can include Ponzi and pyramid schemes.” More information can be found here.
END_OF_DOCUMENT_TOKEN_TO_BE_REPLACED

The General Data Protection Regulation (GDPR) imposes strict obligations upon organizations that process the “personal data” of European individuals. Failure to comply with GDPR can result in large fines. The UK’s Information Commissioner’s Office (ICO), in recent months, issued a number of fines of £500,000 on global businesses with household names, and such fines have generated a lot of publicity. Many onlookers would be shocked by the magnitude of those fines but may not have appreciated that they were imposed under the Data Protection Act 1998, which was in force when the offending breaches occurred. Had the breaches taken place after May 25th of this year, when the GDPR took effect, those fines would more than likely have been significantly higher.

Businesses have therefore invested significant resources and money to make sure that they do not fall foul of the obligations imposed by the GDPR. Yet, within less than a year of the GDPR becoming binding law, those same businesses face further disruption as Brexit looms.
END_OF_DOCUMENT_TOKEN_TO_BE_REPLACED

As previously discussed, the General Data Protection Regulation (GDPR) created heightened consent standards for companies processing and sharing personal data of EU data subjects.  When processing personal data under the GDPR, consent must be freely given, specific, informed, and unambiguous.  Further, the GDPR requires affirmative action by the user, forcing them to manually “check/click” opt-in boxes.  This removes the potential for “implied consent” under past acceptable practice, where the consent box was already “checked/clicked” for users; under that practice the user gave “implied consent” unless the box was manually “unchecked”  (withdrawing their consent).

While the GDPR governs the processing and sharing of personal data, a second set of regulations has already been regulating electronic direct marketing (EDM).  The Privacy and Electronic Communications Regulations (PECR) sets rules that organizations must follow when sending EDM.  As a result, when organizations process personal data for use in EDM campaigns, there must be compliance with both the GDPR and PECR.…

END_OF_DOCUMENT_TOKEN_TO_BE_REPLACED

The EU-US Privacy Shield is one of the legal mechanisms enabling the transfer of personal data outside the European Economic Area to US companies that have self-certified to a number of privacy principles (which correspond to EU data protection requirements). The Privacy Shield replaced the Safe Harbour scheme and came into effect almost two years ago in August 2016. Since then it has faced numerous criticisms and legal challenges and is under scrutiny once again, facing possible suspension and even invalidation. END_OF_DOCUMENT_TOKEN_TO_BE_REPLACED

However, some EU countries, including Belgium, Greece and Hungary for example, missed the May 25th deadline and are not ready to fully enforce the GDPR. This creates legal uncertainty for both citizens and companies.…

END_OF_DOCUMENT_TOKEN_TO_BE_REPLACED

After 25 May 2018, data protection will be a high-risk issue for all retailers who fall within the scope of the GDPR. Organizations can be fined up to 4% of annual worldwide turnover or 20 million euros (whichever is greater) for violations of the GDPR. Moreover, the GDPR applies to any business that targets goods or services at individuals located in the EU – so retailers can be caught by the GDPR even if they have no physical presence in the Union.

Retailers should pay particular attention to how they obtain customers’ consent to marketing. The GDPR requires a high standard for consent to use personal data, and violation of the consent is a serious infringement.…

END_OF_DOCUMENT_TOKEN_TO_BE_REPLACED

On May 25, 2018, the General Data Protection Regulation (GDPR) goes into effect. Are you ready?

Organizations, anywhere in the world, that process the personal data of European Union (EU) residents should pay attention to GDPR and its territorial scope.